How It All Began: The Story of Predica and the Founding Fathers

Achieving great change requires bravery, unity of purpose and a symphony of seemingly discordant voices, which when brought together can bring a coherent truth that pushes humanity yet another step forward.

This is the story of Predica and the 4 Founding Fathers that “bumped” into each other at just the right point in their lives and careers when their individual missions collided.

Grzegorz, Pawel, Andrzej and Tomasz teamed up because they had the same goal. They wanted to create a world where people come first and are able to focus on meaningful work in their lives. It comes directly from their own experience of working at large organizations where multiple rules and limited communication often hindered development.

For each of them growth was a pre-requisite for a fulfilled working life. It requires an openness to change and the flexibility to change direction when data tells you it’s time to do so.

Predica was started in 2009, firstly with Pawel and Grzegorz who saw that so often simple things can become overcomplicated at organizations. It didn’t have to be like that; time and talent didn’t need to be wasted in this way. They knew they could make something better that could make an impact.

Pawel and Grzegorz also realized that fundamentally, they had a similar moral code. They also enjoyed working together, and you should always work with people you like. They had the foundation of trust.

And they were honest enough with themselves to know that they needed support. Someone who had a different set of skills but that same moral code. This person had to have the same mission as them. Skills alone wouldn’t be enough. They approached Andrzej.

Like Grzegorz and Pawel, Andrzej wanted something more. Within a few months he left his position and joined Predica in their first venture together, to create a SaaS offering for lawyers.

And this was where their openness to change was tested for the first time. They discovered that while the product was great—they were technical guys after all—it wasn’t enough to create a sustainable business. For this you needed market research, sales and marketing expertise. And so, they learned the true meaning of the word “pivot”.

And pivot they did as they became a software house and opened a branch in Bialystok in Poland. But again, they focused too much on their comfort zone and an overreliance on just 2 key customers. They experienced what all business owners dread when survival becomes the priority: the closure of their second branch and having to lay off half of the people. This experience marked each one of them. But they were determined to learn from it, not to be crushed by it.

They got back to basics and focused on a more consultative approach for customers. This meant focusing on how to give them value out of their existing Microsoft investment in a fast and efficient way. They realized they were missing another set of skills and sought to fill that gap with someone who, again, had the same mission and set of values. And so, Tomasz joined as co-owner of Predica and became the Fourth Founder.

We call them the Four Founders because their roles move and change in line with what the business needs. You might note that changes do happen every 2 years or so. This creates a flexibility at the company that allows the right person to be at the right place at each point in its growth.

We are where we belong

—is how Pawel would state it, and it works. It works because of the inherent trust between each of the Founders. They’ve got each other’s backs. They come to an agreed path together at each of their regular strategy sessions, challenging their perspectives, because they each have their own, yet they always speak in one voice. Interestingly, the company name ‘Predica’, though created much earlier than the mission, seems to align perfectly with it.

What is the story behind Predica’s name?
Find out here!

It was at one of these many sessions that they decided to crystallize their values. This way whenever someone joins Predica, they can reap the benefits of their collective wisdom. These values are:

Be One Step Ahead

After several years of successfully following the values and acting on them, the idea of adding one more has emerged. It is Predica’s Fourth Value and perhaps it’s the most important one of all, because it is mission-led:

To represent and remind everyone how these values add to Predica’s culture, referred to as the Predica Way, the Triangle of Power was created. Each value builds on top of the other and is designed to focus the mind and behaviors on building a positive space and productive relationships with all stakeholders: customers, employees, partners, society, and the environment.

Mission and vision—the journey ahead

By capturing the collective wisdom and coupling it with their deep insights into Microsoft platforms, the Founders were able to return to their original mission to create a space where people are free to focus on meaningful work in their lives. It has been crafted more specifically now so that it becomes tangible:

Our Mission Is to Accelerate the Transition to Self-Managed Organizations Where People Can Focus on Meaningful Work.

The Founders understood the need to ensure the internal culture resonated with what had to be delivered externally. They believe that every human being has an innate need for freedom and meaning, and that technology, if done right, can be a true enabler of fulfilling this need.

Much has been achieved and it is an ongoing process. The Founders are committed to making this mission a reality. It is expressed clearly in the three key components of their vision for Predica:

We encourage you to join us on this journey towards meaningful business. If you’re feeling inspired by the story of Predica, subscribe to our newsletter and be up to date with any new tips, stories and insights. Let’s stay in touch! Sign up 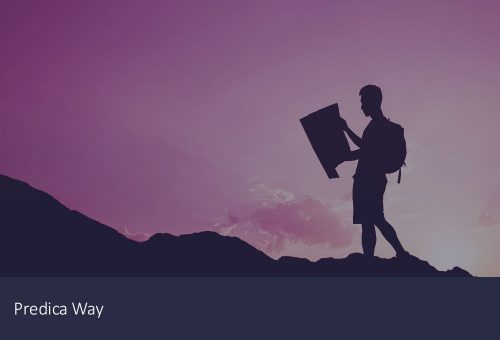 What is the single most important role at Predica?

It’s not the CEO or anyone from the Board either. Try as you might, you will not find this position in our organizatio... 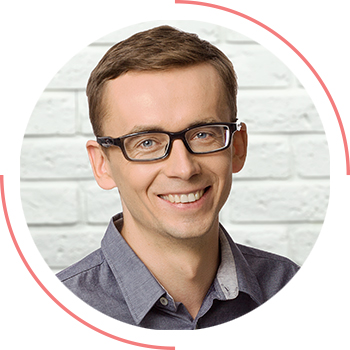 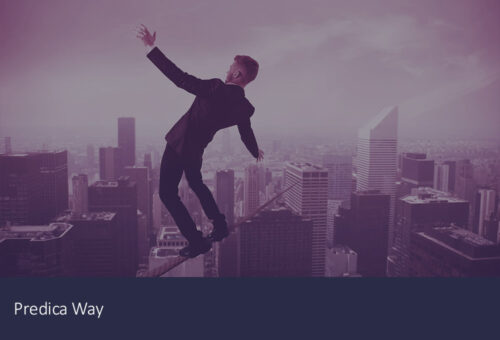 What does it mean to be a Digital Advisor?

Managing the delivery of transformational projects worldwide requires expertise, technical skills, and a lot of passion ... 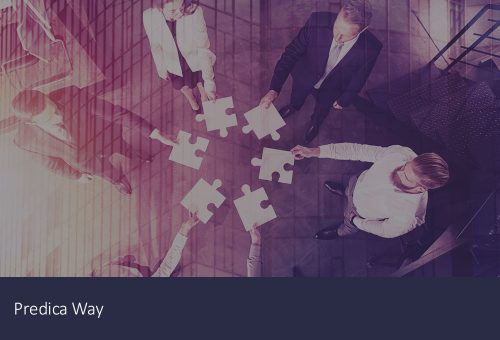 Predica and SoftwareONE – a new chapter!

It's been almost three months since Predica joined SoftwareONE. Normally, companies rush to announce such news on their ...

Andrzej Lipka
Ready to learn more about us?
Get to know who we are