Everyone at Predica has an interesting story to share, and mine is no less peculiar. I have left the company a couple of years ago to work abroad. I was in an interesting country, meeting new people, and admiring my surroundings. And yet now here I am, working at Predica again. Why? Let me explain…

I joined Predica in 2010. Back then I was still a student, without much experience in the “real world”. I happened to know one of Predica’s founders who has since left, Jakub Zagórski, and at the time the company needed a tester for a project.

Excited for a chance to gain some work experience, I was hired for that position. There were around 10 of us back then and we worked in a loft apartment which got really hot during the summer and freezing cold in the winter!

At the time, I was one of 4 students working at Predica. This was really my first IT job as I was still studying, so at times it felt like I was thrown in the deep end.

However, everyone was very keen to share their knowledge and they never let me feel like I was out of place – even after I was caught playing Solitaire during an internet outage!

And so, my adventure at Predica started with testing. 3 months later I got asked to do my first report. This was the next step on my path to becoming a Business Intelligence and Data Analytics expert.

Later I had the chance to practice using pretty much every BI technology Microsoft had to offer, including SSRS, SSIS and SSAS.

It may sound simple now, but I’ve learned a lot along the way and picked up many new skills as I was given more and more responsibilities.

Some of them included working in other fields, such as productivity. But my main project was for a good client who we still work with – so all in all, it can’t have gone too bad!

The grass is always greener…

Eventually I started to wonder what else is out there. I was curious to see how things were running at other companies and what other paths I could follow.

At the same time, I was still learning a lot and eventually started going to client meetings, but I wasn’t sure then if that particular path was for me.

As a young analyst I’ve had a number of opportunities. Eventually I got an offer to go work for a bank in Switzerland and after some deliberation, I decided to take the chance and go for it.

By a funny coincidence, the day I broke the news to Greg, our CEO at the time, he’s just bought a new car – and he couldn’t enjoy it because of me leaving! This just goes to show the atmosphere we have here – everyone is important and part of the team.

We had a good talk and parted on good terms, Greg wished me all the best. In the end, we were both happy that I have come so far in my career.

One of many nice views of Zurich

…on the other side

And so in autumn 2015,  I have found myself in Switzerland. I have quite enjoyed my time in Zurich. The place was nice, as were the people, and the money wasn’t too bad, either!

I worked for a really big company, with 220k employees worldwide, and I planned to stay there for at least 12 months.

Unfortunately, I didn’t enjoy my job all that much. It was rather mundane compared to what I used to do.

The job was based mainly on solution delivery, with some reporting and analytics. I didn’t really find it challenging after 5 years at Predica, and that was the biggest issue for me.

After some time, I decided it was time to go back. The timescale changed from 1 year to 21 months, but once my mind was made up, it was going to happen!

I considered moving to another country, but I had no guarantee that I wouldn’t end up in a similar position.

I have thought about it a lot, but eventually around New Year it became clear. I decided to pick up the phone, and give Greg a call – this time, it was the greatest news he’s got for the new year! Clearly I made the right call (pun intended!).

I came back only recently, but I already know I’ve made the right decision. As soon as I’ve got access to our Yammer network, I felt right at home!

I like the new office we’ve moved to, the new 40 or so people who joined the company since I’ve left (the numbers have practically doubled!), and the new projects we won.

The atmosphere here is one of my favorite things about the company. I get to work with interesting people who care about what they do.

Plus, we believe in a flat company structure, so even though we need to have people in charge (someone has to steer the projects after all!), you can talk to a senior staff member like to another colleague – we don’t feel too attached to the hierarchy, and everyone is free to make suggestions.

One of the best things about Predica is that we are always at the forefront of new technology. I know that whenever a new solution comes out, we will try and test it ourselves before showing its capabilities to the clients.

Additionally, I don’t have to work with outdated software or solutions which may have limited features – on the contrary, I always get to learn all about the shiny new tech.

With all this experience under my belt, I can confidently work as an architect in the Big Data & Analytics department.

My specialist areas cover everything to do with data whatever we may call it, i.e. Business Intelligence, Data Analytics, Big Data or Machine Learning.

Not only this, I am also a Project Owner. This is our internally defined role, a combination of Project Manager and Product Manager – you can read all about it in one of our founders Andrzej’s posts here.

In this role I am always challenged, but it also means I can learn a lot every day. Plus, I get to focus on my main area of interest. Each project is different, and requires different skills, which doesn’t give me the opportunity to get bored.

I happily learn about projects from other areas too, so that I can get to know a little about everything and try out the new technologies available there, because the solutions from various areas can often cross over.

I also still get to work with my first client. It is great that we can build long-lasting relationships such as this one. My first project is really still ongoing, albeit in another form.

There are always improvements to be made, and useful solutions to implement. Everything I know, I have learned through this project. From tester to Project Owner, it seems like I have actually gone from zero to hero.

My role is so demanding that with every project, I check and develop my skills. Even if I work with the same technologies, because every business case is different, I will always come across different obstacles. This is why I’m excited to see what my role will bring and know that there will always be opportunities for me here to grow and develop.

Want to write your own career story? Join us!

Predica At Predica, we help companies around the world focus on their business by accelerating the transition to self-managed organizations. We always look for the most suitable solution to support clients' needs. 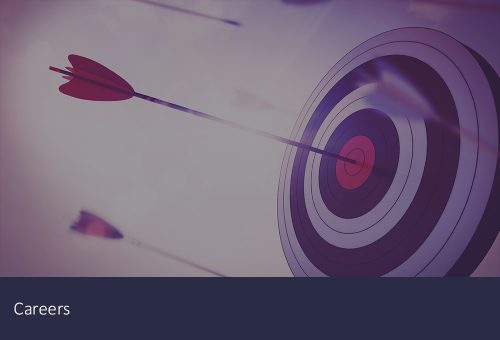 Someone wrote that “without execution, vision is just another word for hallucination.” Whether you are planning ... 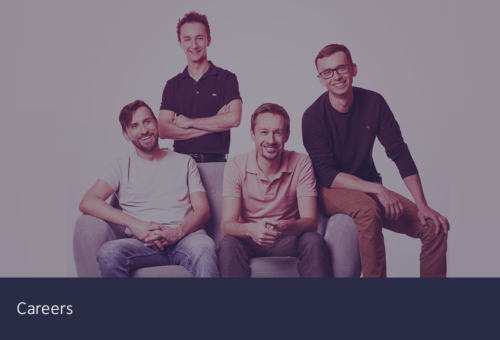 5 unusual tips on how to become a better leader

Tons of books and articles have been written about the topic of leadership. They have identified, among others, situ... 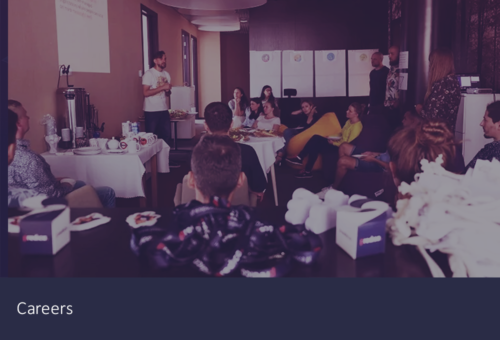 Key points: What are the first days at Predica like? Are there any development opportunities? How can y...

Ready to learn more about us?